EUROstor together with its partner Compuverde at the CeBIT fair 2016

Together with its software partner Compuverde AB EUROstor presents the   ES-7000 vNAS scale-out cluster at the fair in Hannover.

Scale-out storage clusters allow for a company’s flexible expansion of storage capacity as and when required. Thus, every new node will not only enlarge the overall capacity but also, at the same time, the performance and the entire bandwidth of the system, since every node provides its own processing power as well as additional host ports.

ES-7000vNAS clusters provide storage space for NAS and iSCSI and they also support Swift OpenStack as object storage for the private cloud. The clusters may be expanded during ongoing operations and even software updates do not require any downtime. Due to the optimum interaction of server configuration and Compuverde vNAS software plus an incorporated PCIe SSD (Intel P3700), operating as cache and Tier0, the clusters offer very high performance even in case of being accessed by many clients.

The special file system developed by Compuverde extends to all nodes and can be accessed by each of them, even via a virtual IP. In addition, the data can be replicated to a second location in order to achieve even higher failure safety.

At this year’s CeBIT (exhibition hall 12, booth A68-5) EUROstor, among other products, will present this solution, scalable up to hundreds of nodes, thus enabling potential customers to see the system during ongoing operations. Personnel of Compuverde AB will be present in order to answer questions first hand and to discuss possible scenarios for implementation.

“In today’s production environment, where many virtual and physical servers access a jointly used storage system, flexible expansion on-the-fly is an absolute must“, says Franz Bochtler, general manager of EUROstor. “Together with our partner Compuverde we are proud to be able to present to our customers at the fair a highly scalable and, nevertheless, affordable storage cluster solution.“ 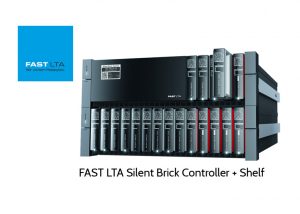 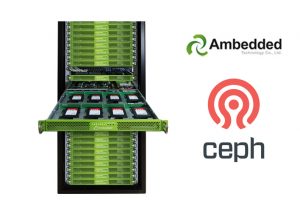 Ceph solution with eight nodes in one U