Bandwidth with host connection and I/O-performance of the storage media, these are the most important performance criteria for storage systems which have to be centrally available for many servers in the SAN.

The new models of the ES-6600 Fibre Channel RAID series comply with both requirements: with a 2 x 16 Gbit Fibre Channel connection to the hosts, the bandwidth available is sufficient for high definition video data, among others. Equipped with dual core processors the RAID 6 controllers provide adequate performance for I/O-intensive applications, such as databases. Being dual active controller systems they duplicate the bandwidth once again to more than 6 GB/s, thus providing especially high availability without interruptions.

In order to maximize performance of the hard disks SSDs are also used in these systems and, since SSDs are meanwhile significantly less expensive, a fully populated RAID with 24 SSDs – a so-called „full flash RAID“ with this technology can now more easily be afforded. With 960 GB SSDs, a gross capacity of 23 TB can be achieved with a 24 slot system.

ES-6600 RAID systems are provided with 16 or 24 disk slots, the latter even as a 2.5“ version on 2 U. Moreover there is a series of toploaders with up to 64 hard disks on 4 U, with Fibre Channel or SAS interface to the hosts.

At this year’s CeBIT exhibition, in hall 2, stand B49-02, EUROstor will present the 24-slot model, both as a 3.5“ version and as a 2.5“ version, besides many other RAID solutions and storage cluster systems. Technical and commercial staff will be happy to be at your disposal for presentations or any further queries you may have. 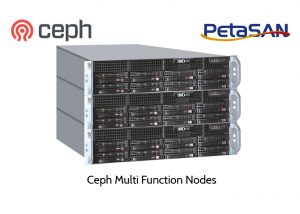